The Mock Law Firm represents buyers, sellers, lenders, realtors, developers, and other parties that are involved in a real estate closing. Our knowledge and experience enable us to work well with every participant throughout each phase of the loan closing process.
Real estate services include:

We represent parents who are adopting, people who are divorcing, and minors who need protection during the legal process through our services as a guardian ad litem.
Family law services include:

The probate and estate law area of our practice includes drafting wills and powers of attorney and counseling personal representatives through the process of probating an estate.
Probate and estate services include:

Frank Mock is committed to professional, thorough legal services to clients in the Columbia, SC area. 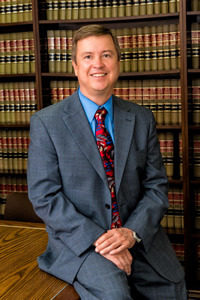 Frank started his own firm in June of 1993, concentrating his practice in the area of real estate. In 2005 he joined a medium-sized firm in Columbia and worked there until January of 2011, when he re-established himself as a sole practitioner in The Mock Law Firm, LLC. Frank was a partner in the firm of Mille & Mock from 2011 to 2013 and continues to share office space with his former law partner, Jean-Marie Mille.

Although Frank has historically focused his practice primarily on real estate, he also prepares wills and powers of attorney, probates estates, and drafts and reviews contracts and other legal documents. His office manager, Fairey Mock, has worked with him for over fifteen years and has recently re-joined the firm.

Frank currently enjoys going to various courthouses and examining titles to real estate himself, and is one of a few attorneys in the Columbia area who still perform this aspect of a real estate closing.

Thanks for looking. We'd love to hear from you.

Drop Us a Line

We will get back to you asap. All fields are required.